So often we come across homes that not all the rooms are in use all the time, in this new world where some weeks there is no kids in the home and other weeks it is packed to the rafters.

Below is one such home that one week per fortnight there was just a couple in the home and the other there was an extra four kids. 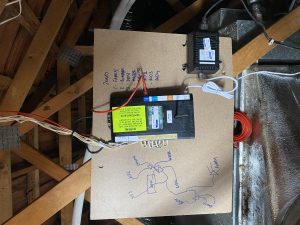 In this case the client had just moved into the home and there was just one thermostat to control the heating for the whole home. When the temperature was comfortable downstairs, the kids were cooking upstairs.There was no heating in the bathrooms. 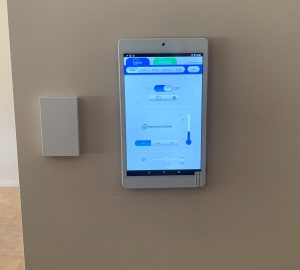 This is what our team were able to do for this client.

We recently completed an upgrade of a non-zoned home to fit ducted zones. The premises had:

The upstairs living areas and kids bedrooms were only used part of the time. This meant running costs were huge and any rooms not in use wasted energy as they were automatically being heated.

In addition, there were also no vents in bathrooms. 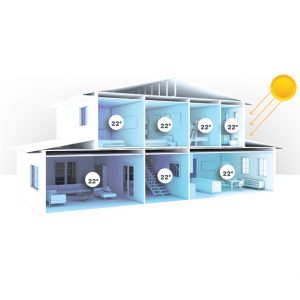 ✅ The system now has increased speed of heating.

✅ The temperatures within the rooms are now even. The temperature control option of the zone system ensures that once each room reaches temperature, the zones reduce and stop excess airflows.

✅ This has led to a MASSIVE REDUCTION of system run time, running cost, and (importantly) increased comfort and control.

Sound good to you?

To talk about your zoning upgrade project, call 1300 966 464 or visit www.airconsolutions.com.au

We service the great Melbourne and Geelong areas.

Please call to see if we service your area.

Check out our Ebay store